India is known all over the world for its ancient civilization and rich culture and heritage. There are many such ancient cities in India, which most attract and inspire those interested in the history and development of civilizations. This is the reason why tourists from all over the world are seen roaming in these cities throughout the year. Let us tell you today about the ancient cities of India, which have existed since the time of Tretayuga and Dwaparayuga.

Kurukshetra is one of the oldest cities of India, it is the place where the Mahabharata war took place between the Kauravas and the Pandavas. Lord Krishna preached the Bhagavad Gita here in Kurukshetra. Situated in Haryana, this city holds immense importance in Hinduism for the last rites of the dead.

In the city of Kannauj in Uttar Pradesh, you will get to see a rich heritage, which existed here during the time of Mahabharata and Ramayana. The city of Kannauj is a mixture of both ancient and modern, with fascinating archaeological sites being the main attractions here. The city has been ruled by several dynasties, which have contributed immensely to its rich heritage and culture. The city is known for the booming business of perfumes.

The birthplace of Lord Rama, Ayodhya is an ancient city which is believed to have been founded by Manu about 9000 years ago. It is situated on the banks of river Saryu and holds religious significance for the followers of Hinduism and Jainism. Ayodhya is a spiritual center, known for its numerous temples and ghats situated on the banks of the river. From the devotees visiting the temples to the melodious chants and the smell of burning incense sticks, the city will never miss a moment to experience a spiritual ambiance whenever you visit Ayodhya.

The holy city of Ujjain is situated on the banks of the river Kshipra and is considered the capital of the Avanti kingdom in the legend of Mahabharata. The history of Ujjain dates back to 700 BC. The city is famous for the Mahakaleshwar Jyotirlinga, which is counted among the Jyotirlingas of Lord Shiva. Ujjain is also the site of the world famous Kumbh Mela, which is held once in every 12 years.

One of the oldest inhabited cities in the world, Varanasi has a history dating back to 800 BC. The city is considered to be the land of Lord Shiva and hence Kashi is one of the most sacred Hindu pilgrimage sites. Varanasi not only attracts devotees from India, but also foreign travelers from all over the world come here to visit. Aarti of Ganga Ghat here is the main attraction of this city. The city is also the most famous in India because of prominent institutions like Banaras Hindu University and Kashi Vidyapeeth.

Located in the Mathura district of Uttar Pradesh, Vrindavan is also a religious place where Lord Krishna spent his childhood days. Situated on the banks of river Yamuna, this city is a mixture of rich history and culture. Vrindavan is surrounded by many temples dedicated to Lord Krishna and Radha. The most popular among them is the Banke Bihari Temple, which attracts devotees from all over the world. 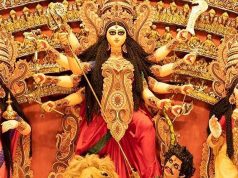 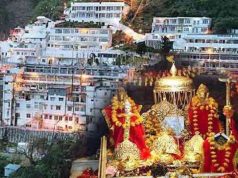 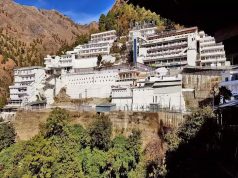