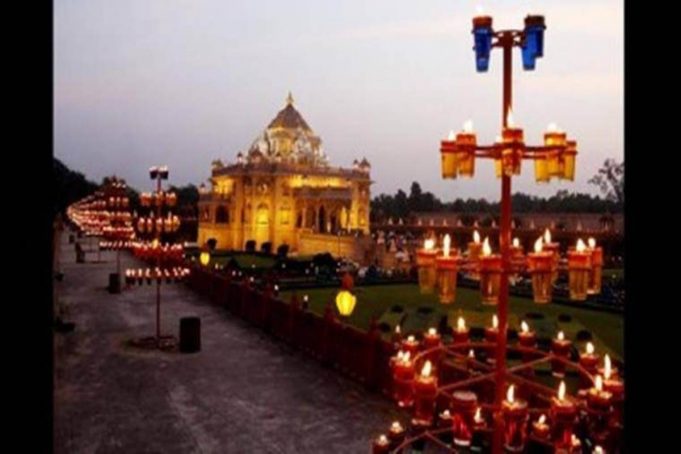 Over 700 devotees visited the temple on Tuesday as compared to an average daily footfall of thousands before the pandemic, said temple spokesperson Harish Patel.

With people visiting many parts of the temple, sanitiser dispensers were kept at close distances. (File photo: IE)
The famous Akshardham Temple in Delhi reopened to devotees on Tuesday after remaining closed for over 200 days due to the COVID-19 pandemic, with special precautionary measures against the virus in place. Over 700 devotees visited the temple on Tuesday as compared to an average daily footfall of thousands before the pandemic, said temple spokesperson Harish Patel.

Religious places in the city had started reopening in the second week of June under relaxations announced by the central government under Unlockdown 2.0, but Akshardham Temple decided to wait further for the situation to improve.

“We were concerned about health of the people as cases of coronavirus were being reported from all parts of the city. Now, the situation is improving and quite under control,” Patel said. Akshardham Temple was closed on March 22 to check the spread of the virus, he said.

The devotees queued up from the evening as entry to the temple started at 5 PM. Wearing of face cover was mandatory for entry and those who did not have masks or anything else to cover their mouth and nose were provided face cover by the temple management.

Patel said extensive preparations were undertaken to ensure safety of people from COVID-19 infection. “Every square foot of the temple including places visited by devotees is being sanitised at an interval of half-an-hour. Also, the temple premises will be thoroughly sanitised before closure at 8.30 PM,” he said.

With people visiting many parts of the temple, sanitiser dispensers were kept at close distances. Hand wash points were also readied so that people can clean hands. At entry point, people were allowed in after thermal screening, he said.

For maintaining social distancing, floor markings have been done with a gap of six feet at the sanctum sanctorum and other popular spots in the temple complex, he added. 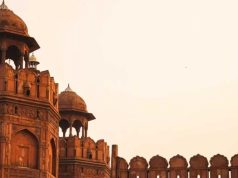 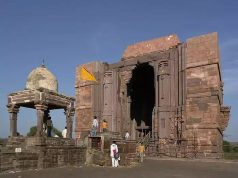 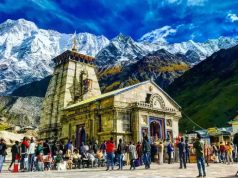