Getting to the proposed Navi Mumbai airport from the island city could just take 13 minutes if the Mumbai Port Trust (MBPT) manages to build the waterway connection from the new eastern waterfront, Union minister Nitin Gadkari said on Saturday.

“A consultant has submitted the report to MBPT. The plan is to connect to the airport within 13 minutes by water transport,” Gadkari said.

Gadkari, in charge of shipping and water resources along with road transport and highways, was inaugurating multiple MBPT projects on the new eastern waterfront — including its bhoomipujan, two floatels and the tender invitations for the Sewree-Elephanta Island ropeway.

The ropeway, which will measure eight kilometres end-to-end, will become the longest of its kind in the world if it takes shape.

The MBPT is also planning an eight-hectare marina near the newly-launched domestic cruise terminal at Princess Dock in Mazgaon. “We have invited tenders for the project in a public-private partnership model. We are looking at completing it within two years,” said Sanjay Bhatia, MBPT chairman.

Gadkari said, “Now that the MBPT is building a marina, I have asked the officials to do a light and sound show that will showcase Mumbai’s history.”

The MBPT is looking at developing the area as a water transport hub for the city.

Apart from a marina, the one-kilometre stretch will have a seaside restaurant, skating rink, cycling path, jogging tracks and walkways and a seaside amphitheatre with a seating capacity of 250 people.

“The city will see a complete transformation in the coming months. We will make it a tourist hub that will immediately generate revenue and employment,” Gadkari added. He, however, did not specify the timeline for these projects.

In the coming months, MBPT will also be developing the Kanhoji Angre Islan, located 23-km south of the Gateway of India, as a tourist spot. 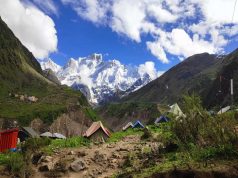 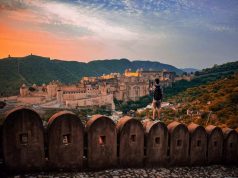 Holiday Calendar 2022: This year there will be long holidays for so many days, you should also start planning to travel in advance. 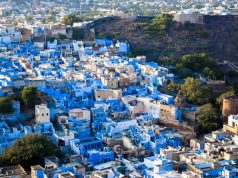 Why Is Jodhpur Painted Blue Or Known As Blue City