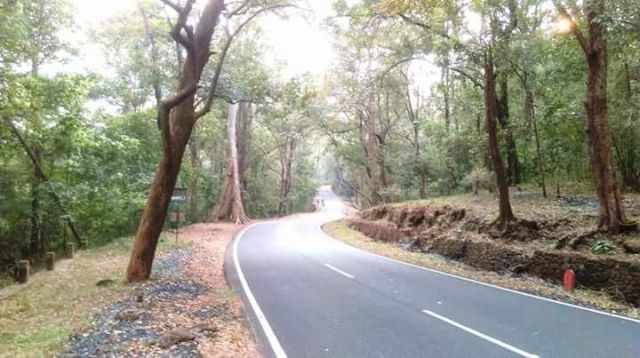 The world has changed a considerable lot in the past few decades. Life has become fast-paced and there’s hardly time for people to stop and think about themselves, let alone others. Above everything, money has taken centre-stage and well, everyone is involved in a rat race to have their pockets full, at the end of day.

But once in a while, we come across people who have an entirely different approach to life. For them, making money is secondary and the work they do, is of prime importance. All they want to do is provide the best they have for the lowest possible return so that it turns out to be a mutually beneficial situation, in the end.

One such man is Sajan Abraham, who is fulfilling the aspirations of many tourists, who dreams of living a king-size life, at affordable rates, when on a vacation.

Essentially the owner of LeAd Homestay and EZD apartments, companies which provides hospitality services in Kerala and Mumbai respectively, Sajan believes that, “money should be the last thing in one’s mind.” Instead, his primary prerogative is to provide the best experience for tourists, at the lowest cost possible.

Sajan owns another company-Indian Raaste, the experiential arm of LeAd Homestay, which aims at making every experience of travelling to a particular place, memorable and beautiful.

Take this for an example. Any regular travel company or agent would charge around Rs. 15,000-Rs. 20,000 for a normal four-day three-night package for touring a place as beautiful and serene as Kerala.

But the package that LeAd Homestay and Indian Raaste has to offer would surely keep the adventurer in all of us interested. It is designed in such a way that one would get the best out of God’s Own Country, without much damage caused to the pocket.

In a tour package for a period of three nights and four days, Indian Raaste would ensure you visit the tea gardens of Mallkapara, the hanging bridge at Thumboormuzhi over the Chalakudy River.

From visiting the biggest elephant sanctuary in Annakottaram to the Athirampally Waterfalls (where Bahubali was shot), from a private lunch in Coconut Island to visiting the mangrove forests in Chettuva in a houseboat, one would get to see all Kerala in a space of four days, from a single location. The tour would end with a ride on a JHANKAR (ro-ro ferry service) on the Vypen River to Cochin.

Yet, this isn’t without its challenges. The biggest challenge that Sajan has to contend with is, to find like-minded people, people who think the way he does.

This indeed, is a tough ask, especially in a world where making profits is the order of the day and this, is the only roadblock that’s stopping him from expanding his business to the other parts of India. But perhaps sometime in the future, he would be able to do it too, without much fuss.