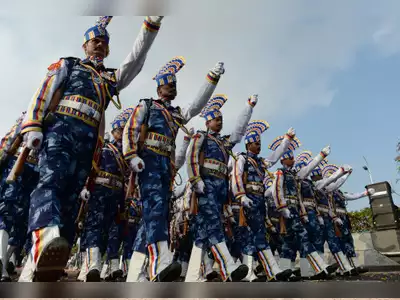 Republic Day 2020 Celebration : India is celebrating its 71st Republic Day this time. On this day grand tableau and military capability are displayed in the capital Delhi. Many people want to be a part of this military parade and tableau, in such a situation there are many questions in the mind of the people like where will the ticket for the parade, where is the beating da retreat, is it allowed to take the phone on Republic Day, etc. Here we are trying to answer these questions.

Where can I get tickets for Rajpath parade?
Here we are telling you the place from where you can buy the Republic Day Parade tickets. Parade can be attended in two ways by pass or by purchasing tickets. The pass is available only to certain people, while anyone can buy tickets. 1. North Block Roundabout 2. Sena Bhawan (Gate No. 2) 3. Pragati Maidan (Gate No. 1 located on Bhairo Road) 4. Jantar Mantar (Main Gate) 5. Shastri Bhavan (Near Gate 3) 6. Jamnagar House (Opposite India Gate) 7. Red Fort (August 15 inside the park and in front of Jain Temple) 8. Reception Office of Parliament House has a special counter for MPs

Where is Beating the Retreat Ceremony held?
Beating the Retreat Serimani is mainly a commemoration ceremony of the Republic Day. It is also a symbol of the army’s return to its barracks. It has been held since the time of the British. Beating Da Retreat is held at Vijay Chowk in Delhi. Vijay Chowk is located near India Gate, Rashtrapati Bhavan, Parliament House and North-South Block.

Is the phone allowed to be carried at the Republic Day celebrations?
Carrying mobile phones and other electric gadgets is forbidden but many times security personal mobiles allow it to be silent.

Where is
Republic Day held in Delhi? Republic Day is held on the Rajpath in Delhi. The parade starts from Raisina Hill (Rashtrapati Bhavan) and ends at the Red Fort via Rajpath.