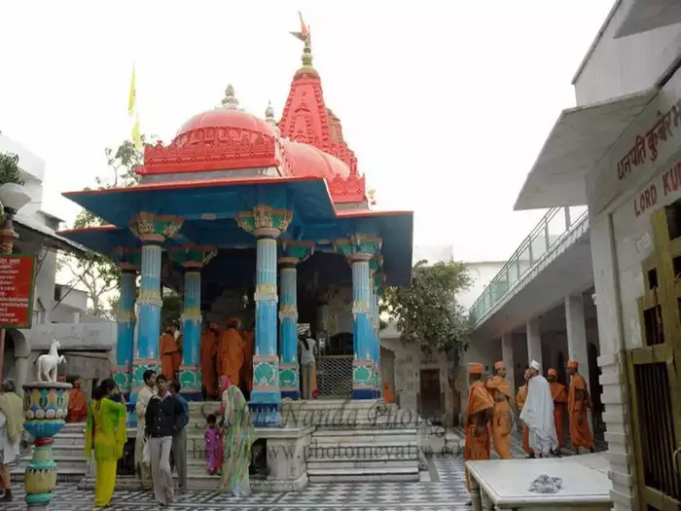 The temple dedicated to Brahma in Pushkar may be the most famous religious site in the world, but it is certainly not the only Brahma temple in India. However, it is the oldest temple dedicated to Brahma. It is said that Brahma was quite generous in comparison to other deities, he has bestowed boons on devotees without any consideration of the consequences of his blessings. He is said to have blessed everything from Hiranyakashipu and Mahishasura to Ravana, due to which he and many other deities had to suffer negative consequences, this is the reason for his small number of temples in such a small number. Let us tell you about those 6 temples of Brahma present in India today.

Located near Pushkar Lake in Ajmer district of Rajasthan, the Brahma Temple is one of the most visited Brahma temples in India. The maximum number of travelers visit the temple is in the month of Kartik (November), where they take a dip in the lake and worship the deity. This temple has been built in a very beautiful way, you can also see peacocks around it.

Asotra Temple is located in the Barmer district of Rajasthan. This is another temple mainly dedicated to Brahma. This temple was established by the Rajpurohits of the village, which has been constructed from the stones of Jaisalmer and Jodhpur. However, the idol of the deity is made of marble. You might be surprised to know that more than 200 kg of grain is fed to birds every day.

The Adi Brahma Temple is located in the Khokhan area of ​​the Kullu Valley, which is one of the most beautiful places in the country. It is said that, the temple was worshiped by the people of both Mandi and Kullu districts. However, as the two states were divided, a replica was built on the other side at Mandi, where devotees were forced to visit the temple, which was within the state’s borders. Due to the Buddhist influence, the beginning of this temple was kept. (signal photo)

It is believed that Brahma was so proud of the power of his creation that he became arrogant even towards Shiva and Vishnu. To make Brahma Dev realize this, Lord Vishnu created a ghost to scare him. Frightened, he came to Vishnu for help and apologized to him for his behaviour. Then Vishnu asked him to do penance on earth. It is believed that the place where his temple is at present was chosen by Brahma to meditate.

Legend has it that Shiva’s wife Parvati once mistook Brahma as Shiva. This enraged Shiva and he cut off one of the heads of Brahma and his powers were taken away. Brahma went on a pilgrimage to apologize to Shiva. During the journey Brahma Dev reached Thirupattur, where he installed 12 Shiva Lingas and worshiped Shiva there. Impressed by them, Shiva freed them from the curse and returned all their powers to them. Shiva also gave him a boon to worship in the temple, since then Brahma is worshiped in this temple.

Brahma Karmali Temple is located about seven km from Valpoi and about 60 km from Panaji. Although this temple is not that old, but it is believed that this idol dates back to around 11th century. This is the only temple in Goa dedicated to Brahma. It is said that the black stone idol of Brahma kept in the temple was brought to Carambolim in Goa in the 20th century. 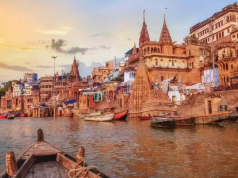