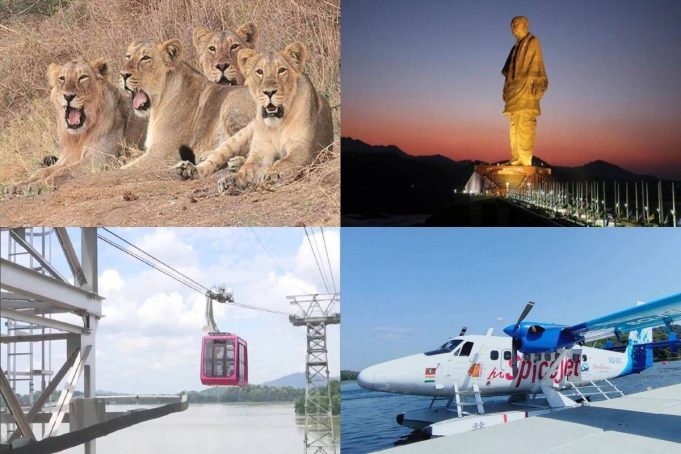 Gujarat Tourism: With the launch of its new tourism policy, Gujarat is aiming to become one of the biggest tourism destinations within the country. Having aggressively undertaken the promotion of tourism in the state for a long time now, Gujarat has tried to offer to its visitors several natural as well as man-made destinations, augmented by continuous additions to the experience of the visit. Now, the state would take up measures like sustainable tourism so that while attempting to increase the footfall, the state would also maintain the sanctity of the environment.

Still, there are certain key locations and destinations that the state is bringing into focus in the new tourism policy.

Gujarat Tourism: Major tourist attractions
The western state of Gujarat proudly boasts of cultures and traditions dating back to 3,500 years, while also offering natural diversity. With an area accounting for about 6% of India, Gujarat is the fifth largest state in the country, and it has natural grandeur, wildlife as well as man-made marvels that one can admire.

Statue of Unity
The tallest statue in the world, a tribute to the first Deputy PM of India Sardar Vallabhbhai Patel, was inaugurated in October 2018. Soon after its inauguration, it began attracting about 30,000 visitors a day, leading to flourishing tourism activities in its vicinity. The 182-metre-tall statue is situated on an islet near the Sardar Sarovar Dam on river Narmada, and is now a major hotspot, even as it remained closed for months during the pandemic.

Gir forest
Gir forest is the only home of the majestic Asiatic Lions, and over the years, efforts towards conserving these humongous cats have started bearing fruits. Amid the coronavirus pandemic lockdown last year, it was reported that the number of lions rose a significant 29% over a span of 5 years, and now the forest inhabits 674 lions. Visitors can catch a glimpse of the mighty beasts by booking a safari to the forest.

Girnar ropeway
Gujarat has the Girnar ropeway, which the state claims is the longest one in Asia. Inaugurated in October last year, the ropeway project was conducted on Mount Girnar for a cost of Rs 130 crore. The ropeway is located close to the Junagadh town and has been built at a height of 900 metres. Girnar is an important tourist attraction as well as a religious destination, and the area is visited by 1,500 tourists and pilgrims daily, and the state is hoping to witness a major increase in the footfall.

Ahmedabad City
While people in India may not think that Ahmedabad is any special because of the frequency of hearing its name, it was the first city in India to be classified as a World Heritage City by UNESCO. The city has a rich architectural heritage, which the state says is important for the local identity. Ahmedabad contains within its boundaries the foremost Indo-Islamic monuments built between the 15th and 17th centuries. But that is not what sets it apart. Ahmedabad is also home to potential heritage precincts, Pols, which were the traditional residential clusters back in the medieval times.

Seaplane service
As if all of these brilliant legacies were not enough, Gujarat also began the first seaplane service in the country. The seaplane takes trips between the Sabarmati Riverfront in Ahmedabad and the Statue of Unity located in Kevadia. This service, too, was inaugurated in October 2020.

Apart from these, the state is also home to Lothal, the earliest known dock in the world and the first port city of India, and it also proudly boasts to be the land demonstrating the exemplary town planning done during the Indus Valley Civilization, which can be observed in Dholavira.

More high priority tourism centres to come up
Along with these tourist attractions, as part of the new tourism policy, the state would develop as many as 25 districts, either in their entirety or parts of them, to be high priority tourism centres. Districts like Kutch, Narmada, Gir-Somnath, Porbandar, Dang, Dwarka and Junagadh would be developed in their entirety, while parts of Jamnagar, Patan, Valsad, Vadodara, Tapi, Mehsana, Amreli, Aravalli, Chhotaudepur, Mahisagar, Panchmahal, Banaskantha, Bharuch, Bhavnagar, Navsari, Dahod, Sabarkantha, and Surendranagar would be developed.