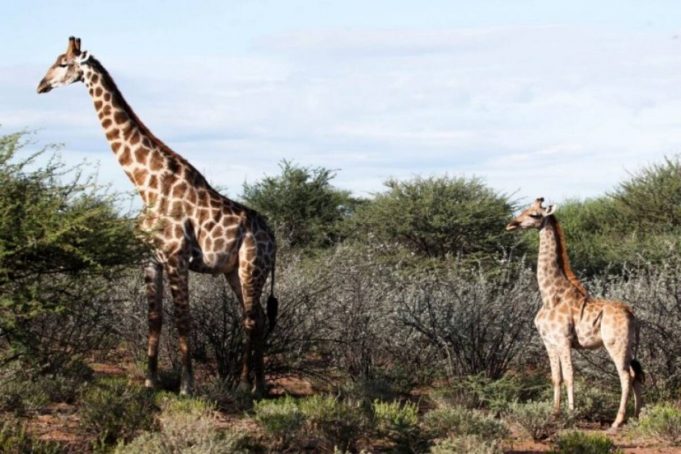 A three-year-old female giraffe, the sole survivor of the four shipped from Africa to the Kevadia Zoological park in October 2019 is being fed with acacia leaves fastened to other trees by zoo authorities. The giraffe fodder is brought from a farm run by the forest department, outside the zoological park.

The giraffes’ fondness to acacia tress is known, but authorities at the Sardar Patel Zoological Park, near the Statue of Unity is not being able to grow the majestic tree inside the Kevadia safari park, making them bring the required quantity from outside and getting them tied to another tree to give the animal a sense of ‘natural habitat’, reported IE.

One giraffe died in November 2019 shortly after it was brought from Africa and another in March last year after suffering from ‘peracute mortality syndrome’, a condition that affects the species during season change. The third giraffe also died last year leaving only the female giraffe behind and now the authorities are trying, by all means, to make it survive.

Every day, close to 20 kilos of acacia leaf branches and twigs are brought to the park for the female giraffe. An officer of the Sardar Patel Zoological Park informed that the forest department has planted few acacia trees inside the park but was soon grazed by the animals there. The second attempt at planting acacia also failed as the animals would graze the samplings. Acacia trees take three years to get to the height from where giraffes find it comfortable feeding on its leaves. So now they have planted 70 trees outside the park and caters for the daily supply of leaves and branches for the giraffe.

The officials attach the leaves to another tall tree so that the giraffe can graze on it in a standing position with head raised towards its meal. Its meals also include green fodder, natural grass and maize at times.

Explaining why giraffes are fond of acacia auricuriformis he said the leaves are extremely sweet and since the trees grow very tall, it becomes easy for the giraffes to have its meal without having to bend its neck. Earleaf acacia, fast-growing, crooked, gnarly tree growing in the giraffe’s habitat has developed a mechanism of its own to grown thorns and release tannin to deter the giraffe. But the animal has adapted to this and is skilled to browse through the thorns to get to the leaves.

The forest management now plans on planting new acacia sampling inside the park with a protective shield so that the giraffes donot completely eat them up even before they have grown up.