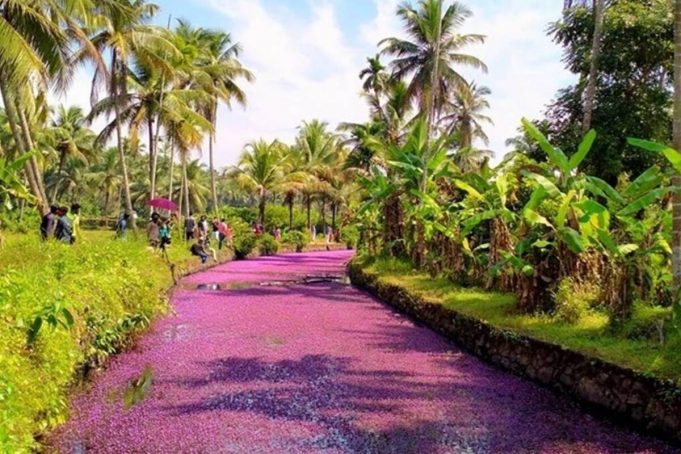 A sleepy village in Kerala has suddenly become the star attraction for the tourists. The reason? A stunning bloom of pink flowers in the water bodies in and around Avala Pandi village has become a social media sensation, an Indian Express report said on Tuesday. Located near Perambra, the pink flowers blooming in the village are scientifically from the Cabomba furcate family. Though they present a sight to behold, the IE report said that the plants have an adverse effect on the water bodies. Unlike the Common water hyacinth’s purple flower, this Caroliniana family plant’s flowers are pink in colour.

Though different in colour, this water plant also has the same effect just like the hyacinth. These plants just fill up the water bodies and suck up all the resources such as mineral and oxygen. This forces the other aquatic life to either die a slow death or migrate to other water body.

However, this is not stopping the people in clicking amazing shots of these pink flowers. The Indian Express report said that even the candidates contesting the local polls are stopping by the village. Several people have started selling knick-knacks to curious tourists. There are several Facebook pages dedicated to these amazing flowers.

The Indian Express report quoted an expert saying that the reason for the pink water plants is the result of the lower human activity during corona lockdown. After the March lockdown across India, social media was flooded with photos of animals and birds roaming on streets. The scientists had also said that the pollution level had also come down due to lesser human activity. 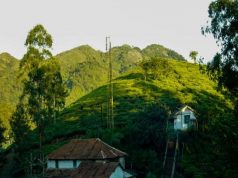 To make the vacation memorable, you must visit these hill stations in Kerala