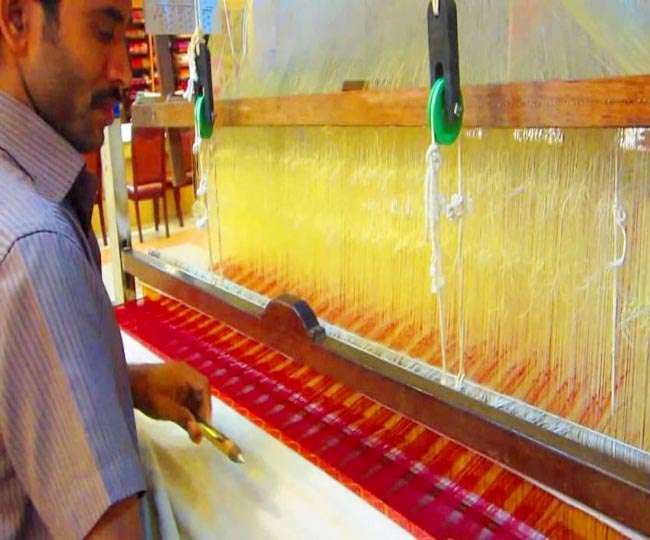 National Handloom Day celebrated every year on 7 August. It was first celebrated in the year 2015. When the then Prime Minister Shri Narendra Modi announced to celebrate Handloom Day to increase household products and spread awareness among people about handloom. Since that time Handloom Day is celebrated every year on 7th August. If the pages of history are turned, it is known that on August 7, 1905, the Swadeshi movement was started in the country. The main objective of this movement was to increase domestic products. Handloom fairs are organized in many states of the country on this occasion. However, this year also the handloom fair has been affected due to Corona virus. The states of Madhya Pradesh, Karnataka, Bihar, Assam, Bengal etc. are very famous for handloom works. Handloom i.e. handloom embroidery and weaving is done in these states. You can do great shopping by visiting these places. Come,

Maheshwar, Madhya Pradesh
Maheshwar is located in Khargone district. Ahiya Fort is situated in this district, which is situated on the banks of river Narmada. Holkar Fort is also located in Khargone. Maheshwar is also famous for handloom. Maheshwar Maheshwari is also popular for handloom. Handloom sarees are made in Maheshwar. You can also visit Narmada river. You can also do handloom shopping in Maheshwar.

Bagalkot, Karnataka
Bagalkot is famous for Ilkal sarees. Bagalkot is famous for handloom works since ancient times. A large number of tourists come to visit Ilkal and buy handloom sarees. There are many religious and tourist places to visit in Bagalkot. Among them there are famous temples like Badami Cave Temple, Durga Temple, Laad Khan Temple etc.