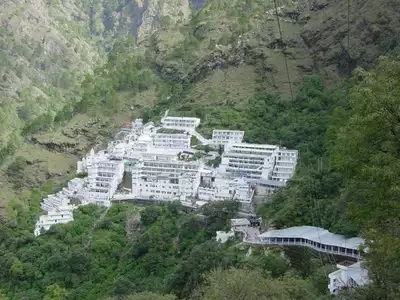 Devotees have a different faith in Mata Vaishno Devi temple . The journey up to the temple is considered one of the most sacred and difficult pilgrimages in the country. Keeping in mind the convenience of devotees, Shri Mata Vaishno Devi Shrine Board has started free ‘Prasad Seva’ on Friday on the common terrace on the traditional way of going to the building. Under this service, devotees will be given halwa, black gram and tea as prasadam. In this pilgrimage located in Reasi district of Jammu and Kashmir, the service was launched by the CEO of the board, Ramesh Kumar.

Ramesh Kumar said that this service will be available round the clock for pilgrims throughout the year. He said that halwa, black gram and tea will be given to pilgrims in the ‘Prasad Sewa’ building. Kumar said, “A balcony waiting room has also been built near the Prasad Sewa facility for pilgrims so that they do not face any problem in the rainy and other inclement weather. The Shrine Board has been running a free community kitchen in Tarakotte since May, 2019, which works round the clock.
The old and natural cave of Vaishno Devi temple situated on Trikuta hills was opened last month for the devotees to visit. This old cave is opened only during January and February when the crowd is very less. In the remaining months, pilgrims have to pass through new caves to reach the sanctum sanctorum. Officials said that this natural cave is opened for pilgrims every year after Makar Sankranti.