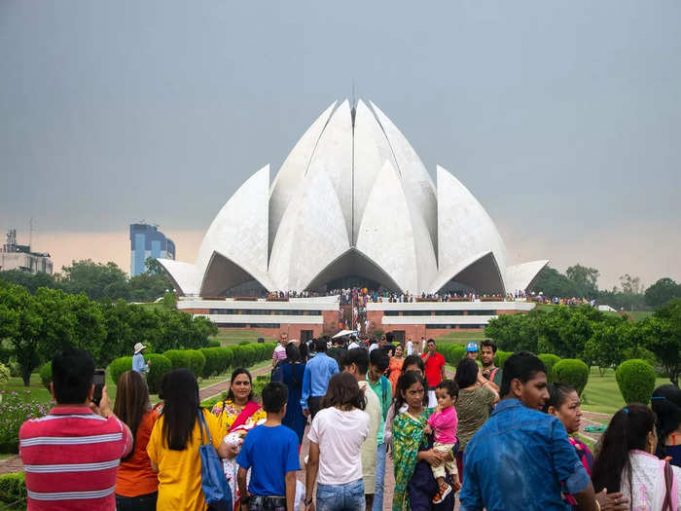 India has a proud history in terms of its rich art and architecture. It started from 300 BC. After independence there was a boom in construction activities and more than one building was built in India. Although there are many buildings in India, which seem to be pre-independent India as well as being beautiful. But even after independence, structures of religious and historical importance are seen here. In the post-independence years, many new and exciting buildings have been built in India, which may make your head dizzy when you see it for the first time. After seeing them, once you will be forced to think for yourself, how it must have been made. So let us tell you today about the buildings of India whose design is a sample of today’s modern architecture.

A Neo Dravidian architecture was completed in 1956. The architecture is inspired by elements of styles from the medieval Chalukya, Hoysala and Vijayanagara kingdoms of Karnataka. Please tell that this is the state legislature of Karnataka state.

This famous and famous structure of Chandigarh was inaugurated by Dr. Sarvepalli Radha Krishnan in 1962. Located in Panjab University, this masterpiece is one of the finest architectural masterpieces in India. It was conceived and designed by Swiss architect Pierre Jeanneret.

It is a 13 storey commercial building. This wondrous looking structure has been designed by James Law. This building looks like an egg-shaped vessel. The building has offices in an area of ​​33000 square meters and has a parking facility for 400 vehicles.

The Lotel Temple in Delhi is a center of attraction among tourists from all over the world due to its structure. This is a Baha’i house of worship, built in 1986. This temple is shaped like a lotus flower. The architect of this temple is Fariboz Sahba. This is an attraction for those who are not familiar with the Baha’i religion at all.

Auroville is a city where many nationalities and cultures mix. The Auroville Dome was designed in 1968 but was completed in 2008. This Dome is about 12 km from Pondicherry. It is designed by Roger Agner, who is an inspiration for the members of the commune.

This beautiful building was designed in 1980 by architect Kuldeep Singh. Interestingly, there is no brick wall anywhere in this building. Seeing this building made in zig-zag pattern, your eyes can definitely be deceived at first.