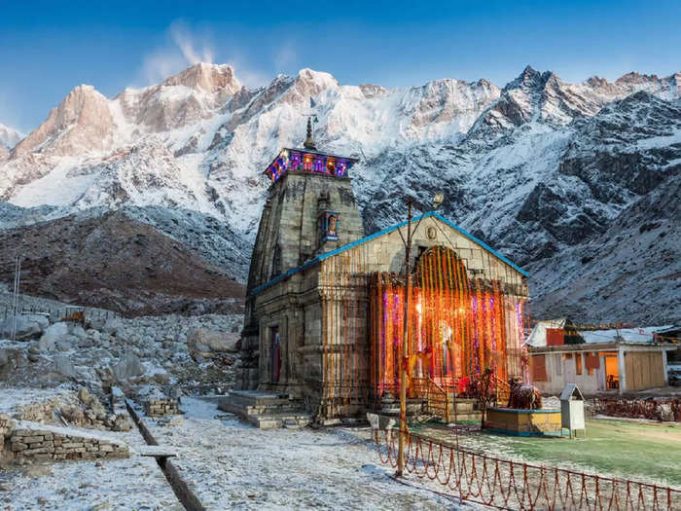 Apart from the famous brothers of Pandava history, King Pandu and his two wives Kunti and Madri had five sons. The new generation always gets a strong message from the lives of these brothers of Mahabharata. There are many proofs and evidences of this era of the beginning of Kali Yuga even today. Some temples in India date back to the time of the epic Mahabharata. It is considered an important place among Hindus. The interesting thing is that the Pandavas have a deep connection with these temples of eternity. In this era, either the brothers had built these temples or they themselves were coming here. So let’s know about those famous temples of India, which were built by Pandavas.

Yudhishthira, the most truthful and honest of the five, had Lord Vishnu in this temple to forgive him for the sins he had committed on the battlefield.

Bhima, the strongest of the five, worshiped Vishnu in this temple. This temple is associated with the legend of the Saptarishis. The interesting thing is that considering the hunger of Bhima, the prasad made here is huge.

This temple, built on a hill facing the Krishna valley in Mahabaleshwar, has a Shiva lingam and a beautiful idol of Krishna. The river flowing from the mouth of the cow falls on a small water tank. The stone pillars and terraces are finely carved. This temple is in ruins, so not many people visit here. It is said that it was built by the Pandavas.

We don’t know how much this is true, how much is not, but this temple located in Delhi claims to be of Mahabharata period. It is said that it was built by the Pandavas to worship Lord Shiva. Liquor is served as Prasad in this temple. This temple is located behind Purana Qila, where the Pandavas once lived.

This is a very famous temple. Due to weather conditions the temple remains open only between the end of April to Kartik Poornima. The temple is said to have been built by the Pandavas and revived by Adi Shankaracharya. This temple has stood miraculously since the 10th century without being affected by the horrific natural calamities.

It is said that this temple was built by the Pandava prince Nakula. Lord Vishnu is said to have composed a text describing the rituals to be performed to worship his temple at this place. Narad Muni also has a deep connection with this temple.

According to mythology, once when the Pandavas were traveling to the hill, they found a bull, which was actually an incarnation of Lord Shiva. Shiva did this because he was angry with her regarding the killing of innocent people in the Mahabharata. When the Pandavas suspected him to be Shiva, they chased the bull. The bull’s body was then found in the form of five pieces, which were later converted into a temple by the Pandavas.