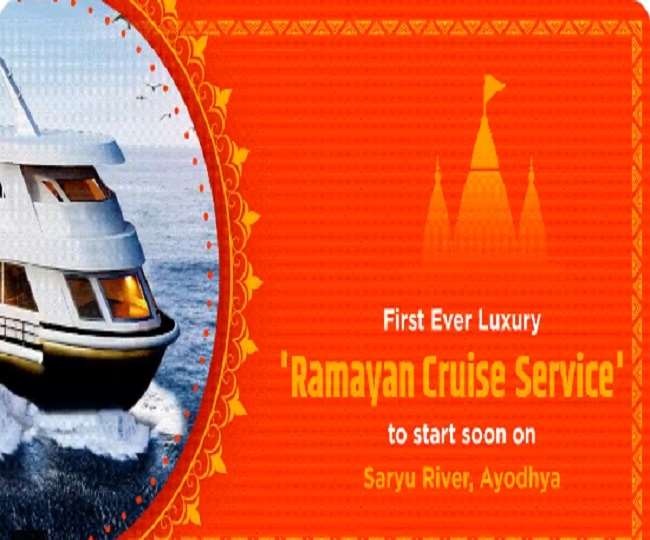 New Delhi, Lifestyle Desk. The city of Ayodhya has special significance in Sanatan Dharma. In Hindu religious texts it is implied that in Satyuga, King Harishchandra was the true king of Ayodhya. Whereas Lord Rama was born in Ayodhya in Treta Yuga. A grand temple of Lord Rama is being built in Ayodhya in modern times. At the same time, the government is doing all-round development to woo tourists. In this sequence, tourists can now enjoy a cruise in Ayodhya. The government has started preparing for this. According to the news, next year, ‘Ramayana Cruise Service’ is going to start in the Saryu river of Ayodhya from Diwali. The main objective of ‘Ramayana Cruise Service’ is to promote tourism. This information has come from the press release issued by the Yogi government.

This cruise will have 80 seats. Whereas Ayodhya’s natural walls will have large glass windows in front of the seat. Also, catering will also be available in the cruise for the convenience of tourists. At the same time, for the entertainment of tourists, a biography of Maryada Purushottam based on Ramasritmanas of Goswami Tulsidas will be shown. The story of Lord Rama’s birth to coronation will be shown in this film. The journey will cover a distance of 15–16 km. At the same time, aarti will be held after the conclusion of the yatra, which can be attended by all tourists.