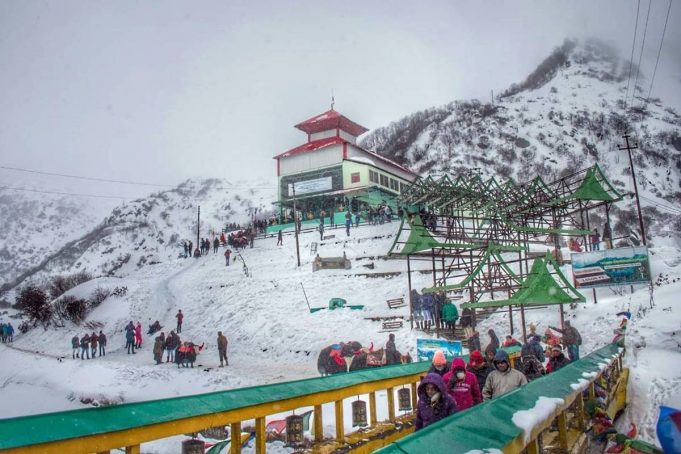 Tourism in Sikkim: The state government of Sikkim decided to reopen its tourism sector from Saturday, ie, October 10. Tourism industry in the state is resuming operations after months of inactivity due to the Coronavirus pandemic and the ensuing lockdown. In a 23-page Standard Operating Procedure (SOP) the state has said that tourism is one of the key sectors in the state. According to the government, as much as 15% of the state’s population is directly or indirectly relying on the industry to sustain. With this in consideration, it was imperative for Sikkim to reopen tourism.

The SOP marks the first unlock guidelines in the state. In order to ensure that tourists remain safe, the government has issued detailed guidelines that must be adhered to for the industry to operate. Tourism in the state will open in a phased manner, the SOP states. The first phase focuses on an efficient management of tourism while ensuring that health is not compromised with, while also restructuring the operations in the industry with digital intervention for tourist management and regulating the sector with well-defined guidelines.

The state has appointed a state-level Tourism Task Force to supervise the reopening of the sector and the implementation of the guidelines.

Sikkim tourism: SOP for prevention of COVID-19
The state has issued a list of comprehensive guidelines for tourists, and has also detailed the general guidelines the tourism service providers must follow. It has also stated that the hotels, travel agents, tour operators and other tourism establishments would be responsible for ensuring that tourists adhere to the guidelines.

Only domestic tourists and foreign nationals residing in India would be allowed into the state in the first phase.
Tourists have been ‘advised’ to carry with them a certificate of COVID-negative test. The test should either be RT-PCR or Truenat test. The certificate must be obtained within 72 hours prior to the arrival in the state.
The state has made it compulsory for tourists to obtain a “Travel Card” by registering on the Sikkim Tourism Web Portal before travelling. This card must be on the tourists’ person at all times during their travel in Sikkim.
Tourists would have to ensure that their travel in Sikkim is pre-booked with the accommodations complying with health and safety guidelines, as well as travel agents or tour operators.
The SOP has advised people over 65 years of age, under 10 years of age and those suffering from comorbidities to avoid travel. If they have to travel, they should limit their movement, the SOPs state.
All tourists would be required to carry protective gear, including face masks, shields, gloves, thermometers and sanitisers at their own end.
Tourists must also refrain from going into containment zones while traveling.
The SOPs have further encouraged tourists to undertake digital transactions and limit the use of cash as far as possible.
Meanwhile, hotels and accommodation units have been directed to not reserve rooms for tourists not registered on the government web portal.
Hotels located in containment zones would not be allowed to operate.
Accommodation units permitted to operate would have to prepare at least one room for emergency isolation purposes, in case of any suspected cases,
The SOPs have clearly stated that any tourist suspected to have COVID-19 symptoms would be shifted to an isolation room along with the people travelling with him. Detailed SOPs can be obtained from Sikkim Tourism’s official notice at bit.ly/36X4Wjg

Impact of lockdown on Sikkim tourism
With the seven-month halt in tourism operations, businesses and individuals directly and indirectly linked to the industry have faced severe repercussions. However, with the state’s unlock 1.0 guidelines now in place, businesses hope that the condition would improve soon.

“Due to the lockdown, the hospitality business at large has taken a major hit in Gangtok and Sikkim. Hotel staff and related businesses — taxi owners, tour and travel enterprises — have borne the brunt of it as well, but with the restrictions being lifted now, we hope that things will return to normalcy soon and tourist volumes will return to the pre-Covid levels in the near future,” Satyam Sahu of Nirvana Hotel, Gangtok, told Financial Express Online.

Tourism in Sikkim: Places to visit
Sikkim has much to offer to its tourists for a top-notch travel experience, despite its small size. Though the state is only divided into four districts, it has a rich culture of music and dance, along with numerous fairs and festivals, exotic cuisine, abundance of flora and fauna, its lakes and glaciers, and the wildlife sanctuaries. The state is also home to 28 mountain peaks, including Mount Kanchenjunga, India’s highest peak and the third highest on the Earth.

Sikkim has several Buddhist sites and has scope for wildlife tourism, pilgrimage tourism as well as heritage tourism. The state is also a paradise for mountain lovers.