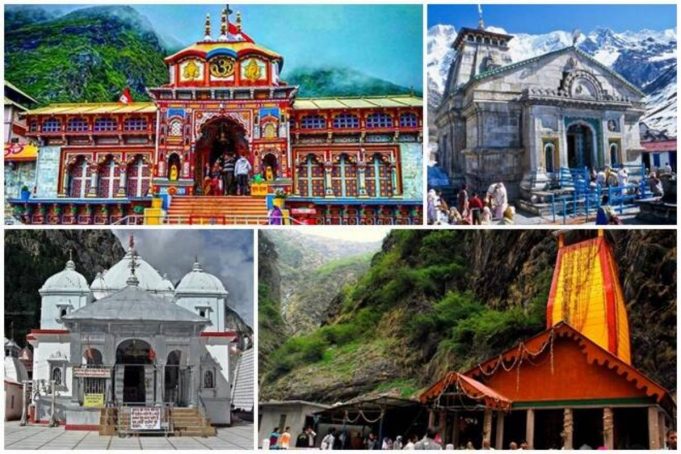 The rising number of coronavirus cases in Uttarakhand have begun to cast its shadow on the forthcoming Chardham Yatra with no buses booked yet by devotees to travel to the famed Himalayan temples. The Chardham Yatra begins next month with the opening of Yamunotri temple on May 14.

“Advance booking of at least 500 buses for the yatra by this time of the year was normal, but not a single passenger bus has been booked yet raising concern among people associated with the tourism industry about their trade,” Sudhir Roy, president of the yatra management joint rotation committee that runs the pilgrimage, told PTI.

Describing the scenario as “extremely disappointing” for bus operators who ply their vehicles along the yatra route, Roy said they should be allowed to run at their full seating capacity rather than with 50 per cent seats as a compensatory measure.
“When the SOPs for the yatra are issued, the dismal scenario of the tourism industry should be kept in mind and we should be allowed to run our buses on the Chardham Yatra route at their full capacity to minimise the woes of people in the industry,” Roy said.

However, he said the SOPs can make it mandatory for the pilgrims to bring their negative RT-PCR reports not older than 72 hours with them. If the yatris are COVID negative, social distancing norms inside the buses will not be a must, he said.

Roy has been connected for decades in important capacities with the body that manages the operation of buses on the route.
Considering the fact that livelihoods of millions of people depend on the Chardham Yatra making it the backbone of Uttarakhand’s economy, bus operators deserve to be given this concession, Roy said. There has been no inquiry yet either from across the country or abroad about the Chardham Yatra, not to speak of any bookings, Roy said.

Uttarakhand on Wednesday recorded its highest single-day surge in COVID cases since the outbreak of the pandemic with 4,807 people testing positive. The annual pilgrimage had been hit hard by the pandemic last year as well with the full-fledged opening of the temples for devotees delayed by several months.

The yatra to the high-altitude Sikh shrine of Hemkund Sahib that begins on May 10 also faces a similar situation this time.
The enquiries for Hemkund Sahib Yatra has been too low this year, Hemkund Gurudwara management committee vice-president Narinderjit Singh Bindra said.