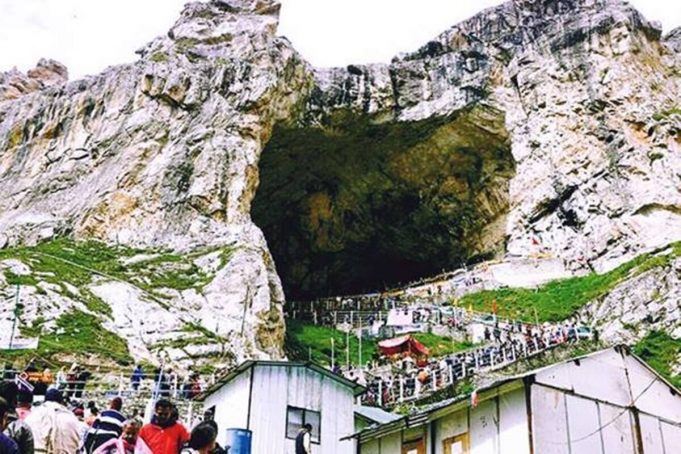 Registration for the upcoming annual pilgrimage to the Himalayan cave shrine of Amarnath in south Kashmir is going to start from April 1, an official said on Saturday.

The 56-day yatra to the 3,880-metre-high shrine is scheduled to start from the twin routes of Pahalgam and Baltal on June 28 and culminate on August 22.

“The registration will start from April 1 for both the routes through 446 designated bank branches of the Punjab National Bank (316), the Jammu and Kashmir Bank (90) and the YES Bank (40), all over the country,” Chief Executive Officer (CEO) of the Sri Amarnathji Shrine Board (SASB) Nitishwar Kumar said.

He said that details about the procedure for registration, application form and state-wise list of bank branches with complete addresses are available on the board’s website.

The CEO said that only health certificates that are issued by doctors or medical institutes authorised by state governments or union territory administrations will be accepted at the registered bank branches.

The certificates are mandatory as the shrine is at a very high-altitude and the journey is arduous.

“For the Yatra-2021, only those health certificates which have been issued after March 15 shall be valid. The steps which yatris (pilgrims) need to follow in order to register for the yatra (pilgrimage), have been put on the board’s website www.shriamarnathjishrine.com,” Kumar said.

He added that it also contains relevant information on how to reach the base camps, fee for registration, tariff for ponies, palanquin and porters.

Kumar said people under the age of 13 years or above the age of 75 years and women who are more than six weeks pregnant would not be registered for this year’s yatra as per COVID-19 norms.

He said permits for the yatra would be different for each day of the week and routes. Different colour code for each day will be used to facilitate police personnel deployed at the access control gates at Baltal in Ganderbal district and Chandanwari-Pahalgam in Anantnag district to regulate the yatra for the relevant date and route, the CEO said.

In this context, he cautioned pilgrims against undertaking this arduous yatra without securing a permit and the required compulsory health certificate.

Kumar stressed that, for ensuring effective security arrangements along the difficult tracks, only those yatris who are in possession of a permit which is valid for a specified date and route, will be allowed to proceed beyond the base camps, and cross the entry gates.

He appealed to pilgrims to complete necessary formalities for registration in advance and obtain a permit so that they do not face any inconvenience.

Pilgrims who propose to travel by helicopter do not require advance registration as their tickets will suffice for this purpose, Kumat said.

However, Kumar said they would be required to produce the compulsory health certificate issued by an authorised doctor in the prescribed format before they are allowed to travel by helicopter.