You must have heard people saying that once in life one must visit Char Dham. The Char Dham Yatra includes a visit to four holy places namely Yamunotri, Gangotri, Kedarnath and Badrinath. The pilgrimage to the Char Dham, located in the Garhwal region of Uttarakhand, is considered the holiest place in India. These four ancient temples also mark the spiritual source of the four holy rivers, which are known as Yamunotri, Gangotri, Mandakini and Alaknanda. Most of the devotees would have visited the Char Dham Yatra of Uttarakhand, but there are very few who would be familiar with the reality of these quaint temples. So let us tell you about the interesting facts related to Char Dham Yatra.

Chardham Yatra is actually a holy circumambulation. When a pilgrim undertakes the Char Dham Yatra, he is actually circumambulating the four holy sites. This journey starts from Yamunotri, the westernmost temple of Uttarakhand and then proceeds to Gangotri. After that goes to Kedarnath and finally to Badrinath temple.

Tapt Kund is a thermal spring located around Badrinath Dham . Pilgrims from Badrinath take a bath in this thermal spring before visiting the temple. Tapt Kund is believed to be the seat of Lord Agni, the god of fire. Apart from this, the water of the Kund is considered to be full of medicinal properties.

Gauri Kund is another thermal spring, which falls on the way to Kedarnath. This pool is named after Goddess Parvati, also known as Gauri. It is believed that he had performed his yoga rites at this place. Please tell that the journey of Kedarnath Dham starts from Gaurikund.

The name of Badrinath was named after the Badri tree.

According to mythology, Badrinath Dham was full of trees. Lord Vishnu meditated here under the shade of a huge Bradi tree, which was actually a form assumed by his wife, Goddess Lakshmi, to protect her husband from the scorching rays. Thus Lord Vishnu came to be known as Badrinath and his temple as Badrinath Dham.

It is believed that this is the same pool from where Adi Shankaracharya retrieved the idol of Lord Badrinath. According to mythology, sage Narada Muni composed the Narada Bhakti Sutra at this place and thus the kund came to be known as Narada Kund.

According to ancient scriptures and mythology, Badrinath Dham was a Buddhist temple in the years before the 8th century. The temple resembles a Buddhist monastery in its architecture. It has been declared in ancient history that Adi Shankaracharya, with the help of Paramara king Kanaka Pal, expelled all the Buddhist monks from here. After the monks were evacuated from this place, Adi Shankaracharya established it as a Hindu religious place.

The Pandavas are mentioned in mythology as the founders of Kedarnath. He built the temple to please Lord Shiva. They sought blessings from the Lord and thus wished to get rid of the sins of killing their own relatives on the battlefield of Mahabharata. 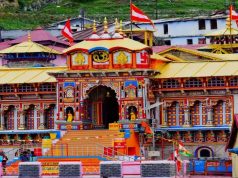 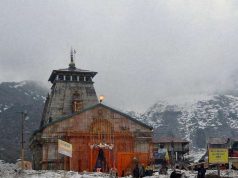 Kedarnath comes in fifth place among the 12 Jyotirlingas of Lord Shiva, which has both its structure and history.