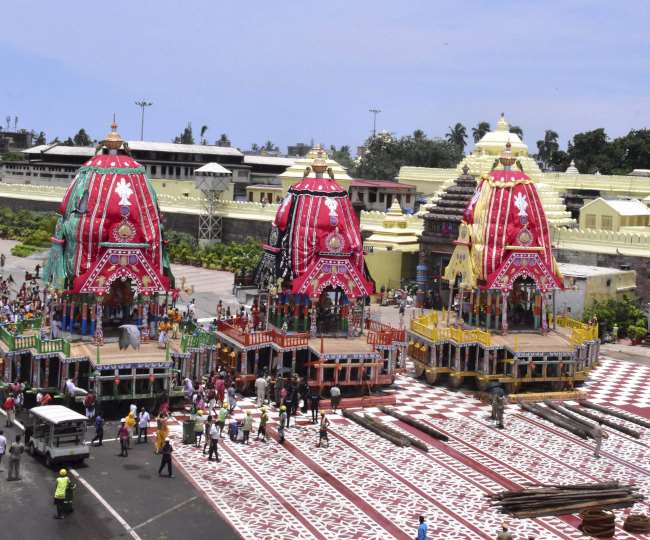 The Rath Yatra of Lord Jagannath is starting from 12th July. In Puri, Odisha, Lord Jagannath, Balabhadra and Goddess Subhadra reach Gundicha temple from Jagannath temple in chariots. Where is his aunt’s house. As per tradition, all three rest here for a week. This festival of Rath Yatra is celebrated every year on the second day of Shukla Paksha in the month of Ashadh. During which Lord Jagannath is taken to Puri. The Rath Yatra is important because Puri has been included in the list of World Heritage by UNESCO.

About Rath Yatra
The preparations for the Rath Yatra are started before sunrise. First of all, Khichdi is offered to the Lord. After this the chariot ceremony and other rituals begin. Then the servitors bring the idols of Lord Jagannath, Balarama and Subhadra to the chariots by ropes. The ropes used to pull the chariot are made of clothes that are worn throughout the year to the deity. Then the worship of the three chariots and the decoration of the idols sitting on them is done. The Maharaja of the local royal family performs the ritual of ‘Chhora Pohra’. In this, the chariots are swept away with a gold broom.

Chariots are made from neem and coconut wood
The wood used to make the chariot is arranged by the Odisha government. The wood is brought from the Daspalla forests of Odisha. About 4000 wood is needed to make a chariot. But due to this, the tree plantation program was started in 1999 so that the number of wood and trees in the state does not decrease. The chariots of Lord Jagannath, Balabhadra and Subhadra are made of coconut wood. Whose weight is lighter than other woods and it is also easy to pull. The color of the chariot of Lord Jagannath is red and yellow and it is also bigger than other chariots. It is the last of the three chariots.