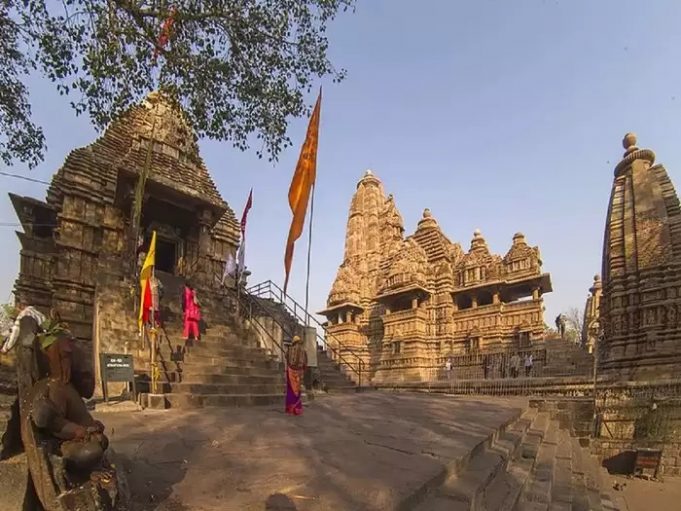 ndia is a land of mysteries. Especially in the ancient temples here, such secrets are seen, which you rarely get to see anywhere in the world. Today we are telling you about a temple of Bholenath in India, which is very unique. The size of this Shivling is increasing every year. It is said that this is the only Shivling in the world. The name of this strange temple is Matangeshwar, which is located in Khajuraho, Madhya Pradesh. Let us tell you that Khajuraho is very popular as a tourist destination. It has been declared a UNESCO World Heritage Site. Here you can see Hindu and Jain temples.

The size of Shivling is increasing by one inch every year.

That’s why the size of Shivling is increasing –

According to mythology, Lord Shankar had the emerald gem (Mrityumani), which Shiva gave to Yudhishthira, the brother of the Pandavas. From Yudhishthira, the gem reached Matang Rishi and he gave it to King Harshavarman. King Harshavarman buried this gem in the ground for protection. This gem had immense power but there was no one to take care of it. Due to which this Shivling has appeared on this gem. Due to the gem of Matang Rishi, it was named as Matangeshwar Mahadev. Due to this stone, the size of this Shivling increases every year and due to the immense power of this stone, this Shivling is called living Shivling.

Situated near Laxman temple, this temple is 35 feet square. Its sanctum is also square. The entrance is on the east side. The spire of the temple is multi-storeyed. The temple is believed to have been built around 900 to 925 AD. People also know this Shivling by the name of Mrityunjay Mahadev. Matangeshwar Mahadev Temple is considered to be the tallest temple in Khajuraho.

The upper part of the temple leads to heaven –

The recognition of the temple is increasing every year –

The recognition of this temple is increasing every year and the number of devotees is also increasing. Although this temple welcomes devotees throughout the year, but during the month of Shravan, a different view of devotion is seen here. 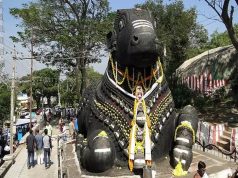 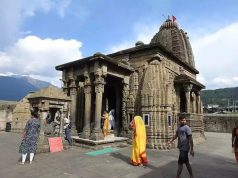 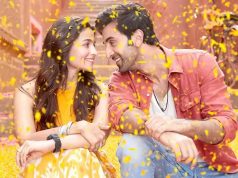