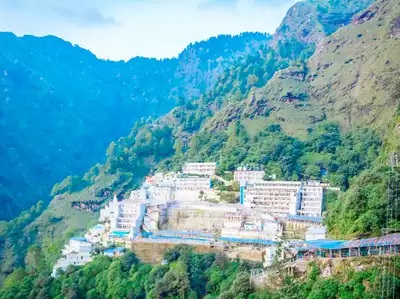 As a precaution to prevent the spread of Corona virus , the Jammu and Kashmir administration announced Wednesday to stop the Mata Vaishno Devi Yatra and ban all interstate buses. The Director of Information and Public Relations of Jammu and Kashmir has informed about this decision by tweeting. Earlier, the Mata Vaishno Devi Shrine Board banned foreign and NRI pilgrims coming for darshan.

Jammu and Kashmir Director of Information and Public Relations tweeted, “Shri Mata Vaishno Devi YatraIt is closed today. All interstate buses coming to and from Jammu and Kashmir have been banned. Officials said the district administration of Udhampur has suspended all types of public transport and two major parks in Jammu and all public parks in Poonch have been closed till further notice.

A special desk has been set up at the inquiry and reservation center at Katra railway station, helipad, Niharika campus where the devotees of Corona virus affected countries will have to give their detailed information through a form. Thousands of devotees come from abroad to visit the Vaishno Devi temple located on the hill of Trikuta in Reasi district of Jammu and Kashmir. (With agency input)